I am having some hard times using the breadcrumbs smart action inside a gutenberg block.

It works fine on the dev-browser, it also works fine inside the GB-Editor (although the click event is not prevented there), but it always turns the “a” Tag into a “span” tag on the frontend. Can anyone else reproduce that bug or is it just me doing something wrong? 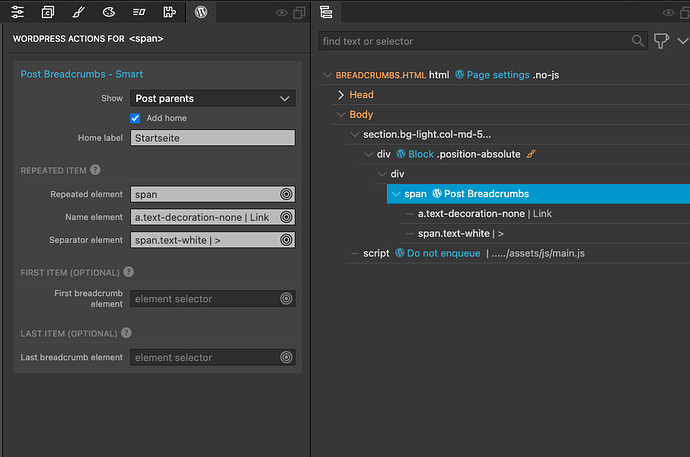 It seems like it was me doing it wrong. Placing the Smart Action 1 level higher in hierarchy helped, also I’ve changed the tags to some list-styling. But one problem is still left…The separator gets created outside of the li tag, so the markup now looks like the following:

I don’t really care about that too much since everything is styled to be inline anyway, but just wanted to let you know.

In pinegrow it looks like the following now (in case anyone else stumbles across that): 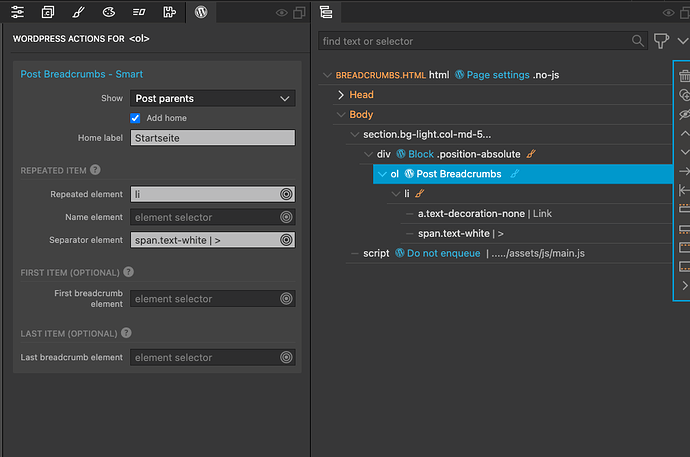