We are working on two major new releases: Pinegrow 7 and Pinegrow WordPress plugin.

The plan was to release both of them this week, but a combination of technical issues delayed us a bit and pushed the releases to the next week.

Normally, we prefer to surprise you with new releases and do not announce details in advance. In this case, it’s helpful to talk about what’s coming out soon, so that you can include Pinegrow in your Black Friday budget

The price of new licenses, renewals and add-ons will stay the same.

This is Pinegrow Web Editor, packaged as a WordPress plugin that you install directly on a WordPress site and use it to create custom Gutenberg blocks or whole themes.

It’s your own, self hosted Pinegrow in the browser!

Pinegrow Plugin was recently featured in a WPTavern Podcast with Adam Lowe where he and Nathan gave an unbiased overview of what the plugin is and how it can be used. Please listen to the podcast (or read the transcript) to learn more about the plugin.

We will extend the Thanksgiving sale until both products are out.

Really looking forward to the update and WP plugin. Will the 50% discount for PG users count every year?

Will the 50% discount for PG users count every year?

This is great news. The plugin comes at just the right time. I will definitely use Wordpress now as it is the most future proof.

I am really uncertain on how something like this will perform on the web. Especially if you consider less then average hosting.

Especially if you consider less then average hosting

Without even mentioning the plugin whose activation is not mandatory when the site/theme/block is created, my question would be, why choose this type of poor quality hosting (for yourself and your customers) when there are so many serious and efficient hosting providers on which running a WordPress site is not a joke?

I am really uncertain on how something like this will perform on the web.

Check out Adam’s video and you’ll see it performs just like the locally run program. 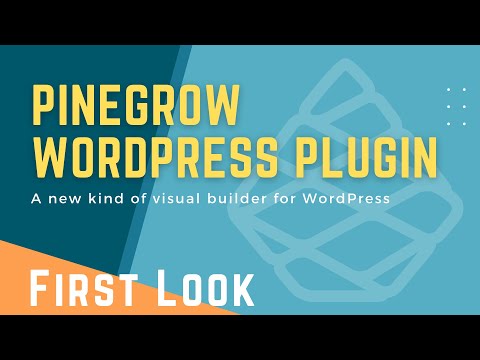 As @Emmanuel and @sitestreet said, performance is not an issue. In fact, the sites you create with Pinegrow will likely run better than they do with page builders since you are creating native PHP themes and React blocks.

As for the builder, it’s all Node.js and works very quickly once it’s downloaded the first time and cached. I can hardly tell the difference between the desktop and plugin performance-wise.

I purchased annual Pinegrow subscription a few day ago as a result of that interview so massive thanks to Adam for sharing.
What are the advances of the Wordpress plugin over the desktop version? I like the idea of producing third party plugins that can be exported anywhere and also the potential of using tailwind css (have never used tailwind btw, but it’s on my list of things to learn!)

Here is my YouTube channel. and the Pinegrow Playlist

Thank you, I’ll definitely check it out. I’m subscribed anyway

Awesome work on Pinegrow 7, thanks @matjaz and Team! The changelog is reading like Christmas has come earlier this year!