Please add a light Theme (white background and darkgrey font) for the entire user interface (not only for the code editor).
I find these dark surfaces so tiring for the eyes.
I do not understand why they are so widely used.

The area where the page is shown of course must remain dark gray.

I love the grey theme

but everyone has different tastes. Maybe something like the Atom themes?

Why not, the Atom light Theme is very nice
Of course this is a matter of taste …

I don’t have a preference either way so I can see why someone might like a lighter colour for the interface.

This discussion is not new:
https://www.quora.com/Usability-Are-there-any-studies-regarding-readability-of-inverted-light-on-dark-schemes-in-software-design

The best answer in this thread:

"The answer is a matter of contrasts and real-world usage.

The general rule of thumb is that you should read dark text on white background during the day or bright rooms, and white text on dark background at nighttime.

As the other poster mentioned, this is due to how your eyes are already adjusted in the room you’re in. It’s the difference that hurts your eyes(bright white screen at night, or trying to read a very dark screen in sunlight."

User @BATLABOR posted a method to have a “Light UI” in the following thread.

I would not be surprised if more “UI Themes” come as part of Pinegrow 3, in addition to hopefully overall UI/UX improvements.

But if you want to fiddle around in the meantime maybe check that out.

Thanks for the hint.

Based on the code under “pastebin” I have created my own CSS file:
http://www.uxpreview.de/privat/custom.zip
Now it looks a lot better, not perfect, with a few colors I’m not happy and the dialogues shown on mouseover are still dark.
But basically a Light Theme should look like

Can one of the developers of PG please create a CSS file for a complete light interface? For a user, this is very tedious.
I would like to thank you in advance for your efforts

… and here is your request: 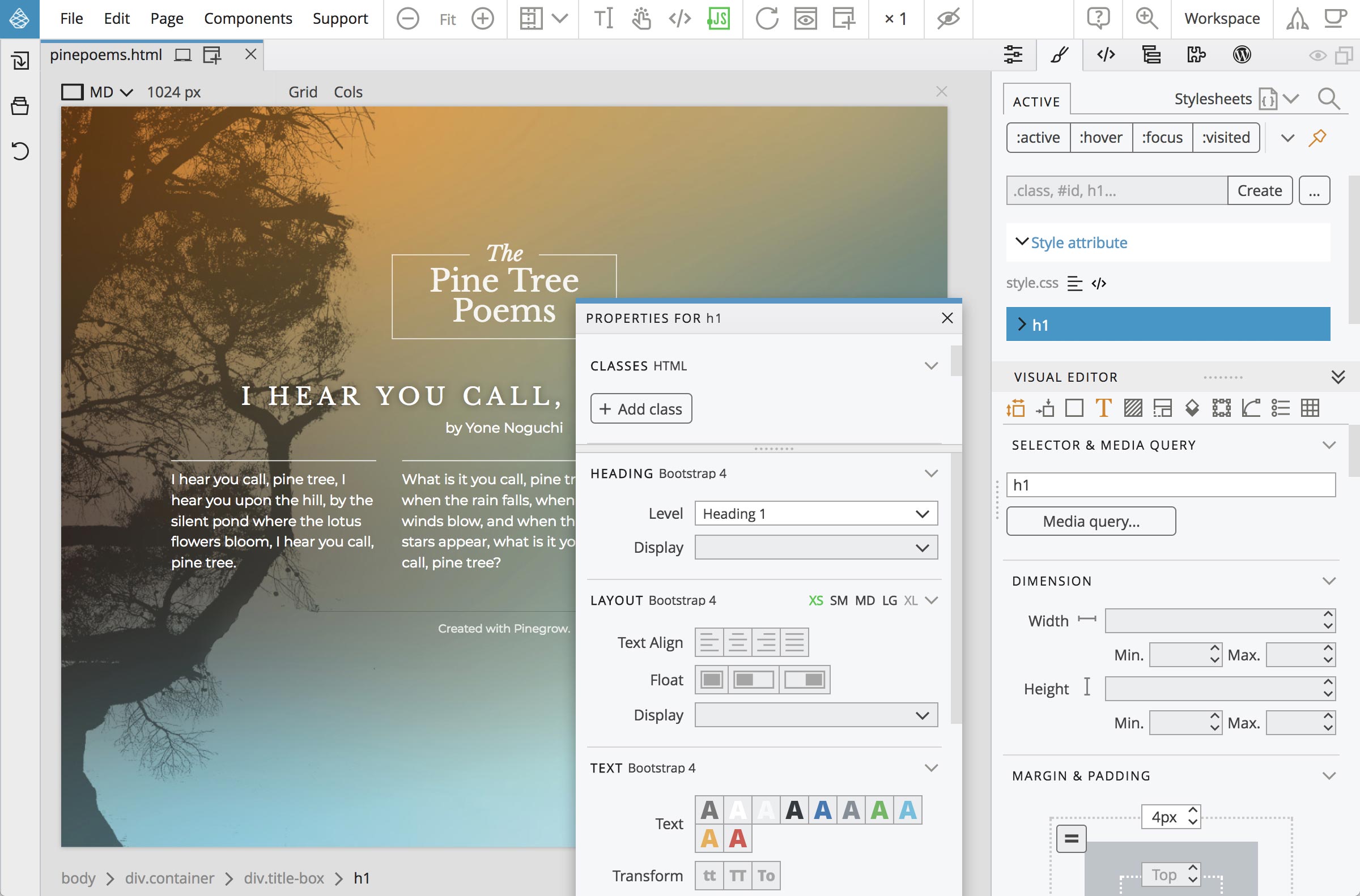 It’s all about priorities, but we did it!

*And the Winner of the “CAPTAIN SNIDEY” award goes to…

For Truly unsurpassed levels of putdowns, sarcasm, egotism, bullying and of course, nor forgetting relentlessly telling the devs how to steer/market their own products.

we thank you for your devotion to (your own) Cause!

It’s all about priorities, but we did it!

True. As they say, “better late than never”, including your “caring presence” response in this thread.

I’m okay with slow steady progress rather that fast and buggy progress.