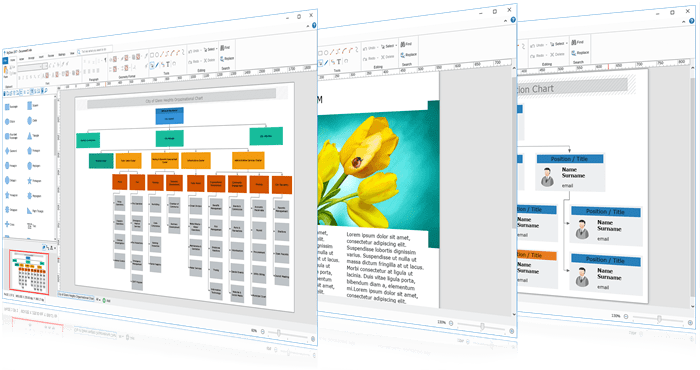 I have just downloaded this now and am starting to play with it.
Free as in Free, for a limited time from the fab shareware on sale site,

As we now have this animator plugin, and SVG image manipulation and creating might be a way forward, here a you go, a free Microsoft Visio alternative, that can also share and import export that apps data, between Mac and Win, apparently.

that’s a hard NO for me.

if i upgrade my computer (or it goes tits up) then i gotta “buy” it all over again.

then i gotta “buy” it all over again

I recommend the following:

Inkscape is Free and Open Source Software licensed under the GPL.

Free as in Free, for a limited time…

I’m taking a look at a lot of freebies that I found through your link. But first I’m going to back up my entire system, just in case something funny happens.

Sometimes “free” is a four-letter word.

Yeah good point @droidgoo , there is nothing worse than an app ou get for free, which works indefinitely, until your computer blows up. =er

I have been running this computer since 2009 so I would only have been able to run it for a measly 10 years. I see how this sort of free would be unacceptable.
kind of.
Especially if, my computer got incinerated, after I had used the app, for free for only a few years, and had no desire to purchase and therefore support the app creators who had made it free for such a length of time.

…So I guess you haven’t tried it out then?
I’m also surprised you actually pay for PG , as what if you happened to want to install it on more than 3 computers? (windows, Mac, Linux and a back up computer of each, or replicated in a work environment -another hypothetical situation, like the similar hypothetical of your computer going tits up?)
Would you then buy another licence for the extra computers - due to a what if?-Because you should.

ie, PG licence terms
You can install your copy of Pinegrow on up to 3 of your computers (at home and at work, Windows, Mac or Linux) as long as you are the one using the app.

You can only install PG on 3 computers.
You can bunny hop this MyDraw licence from computer to computer…if your sofa surfing around the world, on other peoples PC’s (another hypothetical.)just keeping deactivating it, then jogging on to the next host!

I gave the link for people who may not have access to something like this to try it, and use it for as long as they computer doesn’t explode - and if they tried it AND like it/find it useful, to maybe then purchase it and support its development.

So if you haven’t even tried it…

Anyway…
And @Pervasive, yeah I’ve used Inkscape before, I found it a bit overwhelming, somewhat akin to Gimp, in the SVG pantheon. It can do just about everything!
But, its own way. I had to really set time aside to get to work things out and find the right methodologies.
IF… I set time aside to learn that, it would have been awesome, and I could have reached Godlike Graphical Status!
Alas, I didnt, finding it a bit overwhelming.
But it really is a great, super, uber powerful App, that can do everything! I seem to remember it was also a GNU licence model or suchlike, I guess. I cant remember now,
But yes, also an excellent suggestion for a free app to get stuff done.
It just takes more time to learn, mainly because it does soooo much more!

This free suggestion of MyDraw is totally different kettle of fish.
It just fires up into a welcome page of different sorts of things that you might want to get done.

I might just have to update my version of Inkscape, Ive not really touched it for an age. So it might have an improved UI now, or I may find it easier to use.
But I do like this Mydraw thing.

AH! Edit… I just re read your post…oops,
GPL…licence! thanks

I knew it had. G In it somewhere… mumbles

i’m not critical of the app, it’s likely very good…and if anyone want’s to try it, i would encourage them to do so.

my only point was, no matter how good it is, their license terms are going to bite you when you least want to deal with it.

the PG key(s) can be sued on ANY computer, as long as i don’t use it on more than 3 at one time…at least that’s my understanding of it.

this says if you want to re-install onto a new computer the key will not longer work.

that’s a step too far for me.

I use Affinity Photo and Designer with the Interactions Application.

At the moment you can get them for a attractive price:
Affinity Designer
Affinity Photo

It’s a very reliable Photoshop and Illustrator alternative. And cost peanuts compare to the Adobe stuff.