I’ve finally finished my plugin to add the UIkit framework to Pinegrow. It adds more than 50 elements plus a raft of properties. I’ve added in a lot of custom controls, plus the ability to use either the LESS or SASS pre-processor, if that is the way you roll.

I’ve set up a Facebook page for dynamic discussions, but for those that don’t like the FB overlord, I’m good at responding to emails as well. If there is enough demand, maybe I will set-up a BB site like this one.

The code is fairly well annotated, so it can act as a learning tool for those that want to move and shake that direction!

Congratulations! I will try and carry on tinkering with your tutorials as I get the time> I got so far then hit a wall, but it was great fun and as you say its an awesome learning tool because your explanations of things were really good.
And, just wondering, how does this fine ready built baby different from the DIY one, from following your great tutorial?
Just the major time saving and lack of learning?

Or other things too?

And either way, well done!
You have entered the hallowed halls of @benhanna esque PG Productivity and supporting assets.
awesome.

Thanks @schpengle!
As to your question(s). My tutorials cover about 80% of the type of code that is in the final plugin. There are a lot of edge cases that aren’t in the tutorial. For example, converting a toggle link to a toggle button requires not only changing the tag, but also changing the class list.

I also only touch on one case of implementing a custom control in the tutorials - I have at least two (maybe three?) different ones in the final code.

In the tutorials, I also didn’t cover how to switch over to using the pre-processor or add items into the menus.

So, there is quite a bit I skipped. However, I would say that once you get your hands dirty with my tutorials and understand a little more about how Pinegrow works - reconstructing my plugin is mostly a work of labor. The final plugin main file (without the crutch of the UIKit code I had to inline) comes out at almost 9000 lines. That is code with line breaks and comments, non-minified, but still a reasonable amount of code.

Finally, I would say that I’m willing to work with people to write semi-custom tutorials to help them re-create my plugin from scratch. While I would like to capitalize on my labor there is a strong streak of socialism in my heart that wants all to benefit!

Your tutorial(s) on doing this and describing the building proces in such detail, is a great resource for anyone that is interested in building a “PG Plugin”. Thanks for taking the time and effort on doing this !!!

Hi All, I’ve published two part of a multipart tutorial on building a plugin for Pinegrow. In this case, I’m bringing the components of the popular UIkit framework into Pinegrow. Hopefully it will help some people out. https://www.robertmeans.net/adding-uikit-to-pinegrow-pt-1/ Feel free to reach out in the comment section or here if you see something bad or just plain wrong. I wouldn’t mind people reaching out if they enjoy it or learn something as well!

It’s awesome! the amount you put into SHOWING how you did this!
It really seems to offer an avenue down which PineGrow explorers can Saunter, in order to expand the app and add their own custom stuff.
Fabulous, a sort of missing manual for the tinkerers which opens up a whole new angle on it.

…this is as well as the Plugin which adds a whole new string to the PG Bow… UIKit.

I will try and get back into this again,

thanks @RobM, just bought it ! I was waiting for it since I discovered UiKit and the blog posts you have written to present it !

I hope it meets your expectations, @k26! Reach out if you need anything.

Purchased. And thank you for the tutorials as I have a simple plugin I’d like to develop.

Thanks a lot! I’ll be getting back on the tutorial bandwagon soon. Feel free to reach out if you need help/clarification. I’m hoping that developer’s resources for Pinegrow will be getting better soon.

@RobM congratulations for the UIKit plugin and in-depth tutorials! And looking forward to improved developer docs

Hi, I purchased the UIKit from your site (fyi you have a expired cert now - https://www.screencast.com/t/F76ql0jZLDEJ) and opened a ticket a few days ago, ticket #2, and was hoping you would be able to follow up. Thanks so much.

Thanks for the heads-up about the cert! I apologize about the delay in follow-up on your ticket. In the future you can contact me directly at support@springhilldesign.net rather than through the forum. Again, my apologies.

@RobM Have you considered adding your plugin (by pull request) to the Awesome UIkit repository at GitHub? 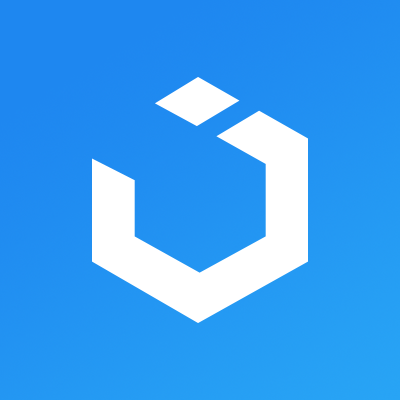 Didn’t even know this existed. Thanks!