Letter E on top of the Pinegrow logo link to app?

Hi,
After the Pinegrow 5.5 update the letter E has appeared on top of the Pinegrow logo link to the application. What does this mean?
Regards,
David

This is mentioned and explained in the Release Notes. 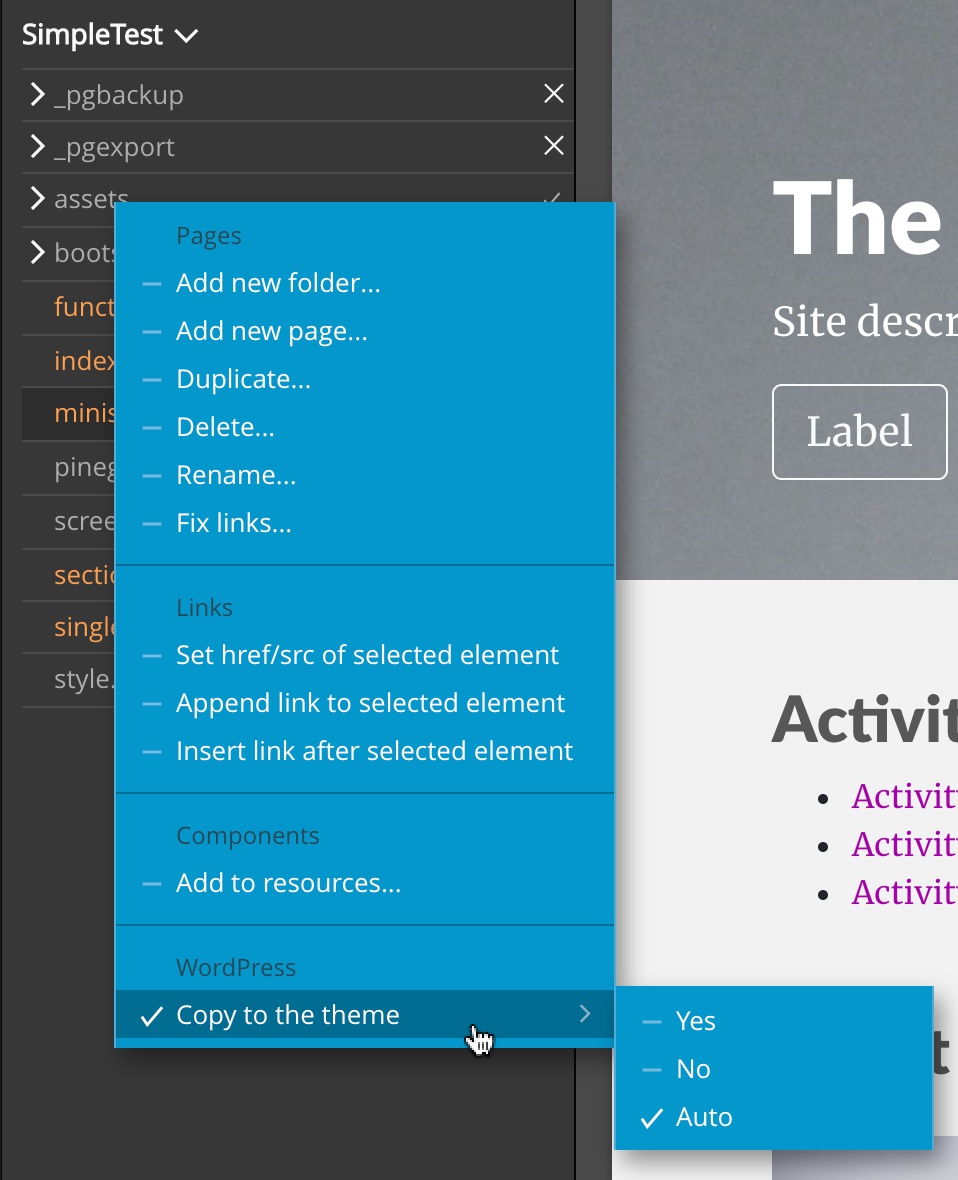 Thanks for that Marf!

Have you noticed that PG 5.5 now creates “funky” looking thumbs on its opening page? Instead of the nice screen grabs of just your site’s page, the thumbs now includes PG’s panels. Hopefully the techs can fix this since I used the thumbs on the opening page to show my clients.

Have you noticed that PG 5.5 now creates “funky” looking thumbs on its opening page?

Not on my machine. They look like they always did.

Hmmm… really? I think I’ll try re-installing the 5.5 version to see if that fixes it. I’ll let you know.

UPDATE
Reinstalling on my MacBook did not fix my issue. This is the thumb that I got:

Note the app’s panel displays on the right side - this did not happen before. Am I missing a setting somewhere?

Just tried it on my iMac and got similar results:
The opening page with a thumb as it was built in v5.4:

The opening page after I opened and saved the page in v5.5 (Note the panel displaying on the right - this didn’t happen to me before v5.5):

Looks like it’s just a quirk in how PG creates the thumbs. Maybe try resetting your workspace?

We had to change the way how thumbs are generated. The previous approach where we took screnshots from an invisible background window doesn’t work anymore. So, now we capture the screenshot of the page in the main editor.

When doing that all dialogs, selection boxes etc are hidden for a short time. But any part of UI that is overlapping the page will be captured as well.

So far we have no better alternative and given that thumbnails are mainly used to identify files and projects and not to win beauty contests, it’s tolerable.

Can’t hide the UI or move the target snapshot window to the front and then snap and restore?

Like you said it’s not 100%, but it is mostly acceptable.

Sort of like The Princess Bride – “He’s not totally dead, he’s only ‘mostly’ dead. There’s a difference.” - Billy Crystal.

I’m not writing in Electron and Node so I don’t know what you are going through. When a better way shows itself I’m sure this will be revisited.

Having the UI as part of the snapshot doesn’t do much of anything for me.