After installing PG Pro in Ubuntu, The Launcher’s icon shows as a question mark. How do I get PineGrow’s icon to display?

Hi Randy, I’m not sure if you ever use the Search function of this forum, the Magnifying glass/Loupe symbol top right of the menu bar, next to your Avatar and the burger menu, but a lot of your questions may be answered that way. Give that a go too, as well as asking on here, or maybe before.

Its always worth a look and check out different ways of asking the question. I just tried a few ways and came up with these.

I am a Linux (Mint 18.1) user and I decided to try out Pinegrow. I am mostly doing development on NWJS apps at the moment. I was fuzzy about how to install Pinegrow, but being familiar with this sort of program I knew that they were fairly simple to make work. So I just downloaded PinegrowLinux64.2.951.zip and unzipped it into a temporary folder. I found the files that I expected, and just clicked on “Pinegrow Web Designer” and everything seemed to work. After looking the package over I dec…

and this one, this is the one I used before when I installed mine on Linux.

Hello All, After switching to Pinegrow from Windows 10 to Ubuntu 16.04.2 I had to try to get Pinegrow installed but had issues. I’m listing a link to help others get installed and/or get advice/instructions from others on proper installation on Ubuntu Linux. Here are the steps I performed and Pinegrow is working on my Ubuntu Desktop: Any advice or corrections are welcome.

now this link leads you too: 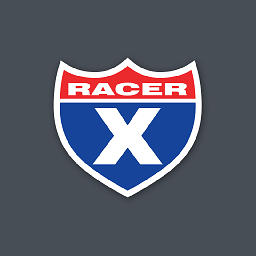 and the bit of this you want is here

Make sure you just do that in relation to what you have already done, the stuff before point 6 might well not be relevant to you, and change version numbers and location of your installed Pinegrow etc.

And, there didn’t USED to be an actual icon.svg file in the ubuntu installer.
IT might well be worth the Pinegrow Devs putting up some instruction for installing PineGrow on Linux and getting the quick launch icon to work. Or maybe I too have missed those docs

I hope that helps and check out the search function, I check it out every now and again, I find some good stuff.

Also, our current docs don’t really show up A LOT of stuff.
SO ALWAYS check out the older docs.

Yes, you need to modify/create a launcher that references an icon saved on your system. However, I’d love to see a full installation from the developers that takes care of these things. I pay for other software tools on the Linux platform, such as PHPStorm, Sublime, Prepros, etc., and I don’t have to worry about this with the installer. It was a pain to initially setup, but the instructions that have been posted are good starting points.

Hey @randyrie, did you get this sorted after?

I have just had to do it now on my Ubuntu 16.04 machine.
its slightly different and the ICON IS STILL MISSING (yes, I’m looking at you, Pinegrow Devs

It would make life a BIT EASIER if it was there already.)

ok
here is the icon
gah! I cant upload it on here, tried cheating and changing its file extension. no dice,
but basically, it needs to be a .xpm file extension for it to work here with Ubuntu - unless I am mistaken, I’m all ears for correction, this is Linux after all… always someone smarter (and with a bigger neckBeard) to point things out

and the lines a slightly different you type, they are here

I have the name as Pinegrow5.2 as I have other versions installed too (of course!

and HEY! who knows what the future will bring

I may actually have to go to the utter nuts ache of uploading the tiniest file in the history of computing…just so you can have the icon for the quick launcher.

I will try that now. But, it’s done , this still works in Ubuntu and I’ve just done it.
I have also seen the new PineGrow Docs on installing it on Ubuntu, will have a look at that again now too. but as usual, its now 01.15… sigh and I’m just warming up!

ok , so here is the little jpeg image , I used for the launcher in
/usr/share/applications

and you need to create a pinegrow.xpm file from that… as I can’t be a*sed to go through the upload rigmarole on un unfamiliar Linux box at nearly 2am.

so if you havent made one by tmrw I’ll create one and stick the download link on here for you. unless anyone else beats me to it. No worries if you do!

Everyone will love you forever then (well, in linux land)

I’ve made a PineGrow.xpm icon but this forum does not allow the upload of a xpm extension. So if anyone wants/needs one, leave your email address here and I’ll forward it to you via email.

excellent! I was gong to do that and …forgot!
you might very well stick it up on a download site or google drive if you have one to share.

I am new to linux - devuan. I have extracted the files into opt/PineGrow. I followed the instructions **sudo apt -y install libgconf2-4 and it seemed to install correctly. Looking at the files in the PineGrow folder, I am unsure of which is the installer. There is no Pinegrow.desktop icon. Help would be appreciated.

Hi @sharonsnowdon, I know, still no desktop icon, that really is a bit retarded for the Linux install really.
Luckily for you, I was also installing on Linux last night and had the same fail.

I am trying it on Lubuntu atm, and I have just followed my own instructions above and it worked!

However, I too, couldn’t find/make a launcher icon, as it is on my other Linux laptop that isn’t very well.
SO, I just made another one now.

This is the link

I will try this out myself now too as I just had to create the file on my Mac from its Pinegrow Install icon.
So I will check if the link works.

As for the installer? - well you dont actually Install anything, in the windows sense of the word.
I guess you man launcher to start the program?

for that. you need to edit the Pinegrow.desktop file as I showed above at

Hey @randyrie, did you get this sorted after? I have just had to do it now on my Ubuntu 16.04 machine. its slightly different and the ICON IS STILL MISSING (yes, I’m looking at you, Pinegrow Devs

It would make life a BIT EASIER if it was there already.) ok here is the icon gah! I cant upload it on here, tried cheating and changing its file extension. no dice, but basically, it needs to be a .xpm file extension for it to work here with Ubuntu - unless I am mistaken, I’m all e…

That seems to be the it that starts the Program.

Ok, I’m now going to see if this icon works for me too on the other Linux Laptop.
I will update with a yay or nay.

Ok it all works!
I just had about 12 billion typos and want I have now done is stored the icon in a common folder so that I dont have to keep doing this rediculous icon creation/copying thing all the time.

so I have /opt/pinegrow - icon.xpm is in here
and in here I also have pinegrow2_951 and pinegrow_5.3_directories and both have their pinegrow.desktop file point to the icon.xpm file in the above directory.

what a faff! This has taken hours

during which point I broke the 2.951 launcher

if you are still running Pinegrow 2.951 and want a quick launch on Lubuntu
then you have to ESCAPE THE SPACES… in the executable… what does this even mean?

ok
for the above example of the latest 5.3 version of pinegrow the executable target is

however for 2.951and MY DIRECTORY structure it would be

so I must add escape charecters to the final part so that the operating system ignores the spaces.
Sweet Jesus!..

so it would have to be this

Gah! I even have to type two of them in here for ONE of them to appear…enough! im gone!

Here is my attempt to get the PG icon to show on the desktop:

But the icon does not display regardless if I use a xpm or a png format.

UPDATE
I got it to work thanks to @schpengle and this link:

How can I edit/create new launcher items in Unity by hand?

1.) Open Terminal and type: gnome-desktop-item-edit --create-new ~/Desktop (disregard the “…GtkDialog mapped…” note)
2.) The Create Launcher window will appear
3.) click on the boxed icon in the upper left of the Launcher’s window and navigate to where you have the PineGrow icon (png or xmp works - I don’t have a cloud account to offer for download… post your email and I’ll send you the images)
4.) make sure the Command is the path to the PinegrowLibrary file in the directory to where you unzipped the Pinegrow install file.
5.) Click on the OK button

The Pinegow desktop icon should change to the Pinegrow icon. See my screen capture.

Forgot to add this screenshot of how the launcher updated the Pinegrow.desktop file:

I really hope the devs are paying attention to this… despite it being a Linux install, they need to rectify this. There’s really no excuse not to, it’s part of a normal installation.

Hi there, I was planning to install PG on a linux machine? Does anyone know if the issues above has been addressed or do they still persist? I really don’t have time to tinkering around the terminal.

If you follow my thread above, you should have no problems getting the PG icon to display properly in Ubuntu. And, you’ll find that PineGrow runs flawlessly in the linux environment.

Thank you randyrie,
any know bugs with PG linux edition? Thanks in advanced!

I did not find any quirks @red-rosefields… Linux PG seemed to perform flawlessly.

Ok cool, thanks! goint to try out PG on a linux box.

just for your attention, Randy is running the app from his downloads directory.
I did mention one specified directory to place it in first.
sorry for not being around much lately, Ive been rescuing horses, piglets and other insane, lunatic human experiences, and have now bought two horses and volunteering on a horse sanctuary.
It’s all been a bit full on!

@matjaz
Updated to Ubuntu 19.10 and learned that this latest version has obsoleted a needed libgconf2-4 file and dependencies which now has to be manually downloaded and installed before Pinegrow will open in Ubuntu 19.10. Since PG still requires this obsoleted file, it will also need to be installed on any other Linux distros or PG will not open. Are future versions of Pinegrow going to require this library or are you folks planning to update? Also, are you planning to include a jpeg of the PG icon in the zip pkg?

Good catch, but with reference the jpeg file, its not one of those.
as per your previous post

its a .xpm type icon file, but yes, pretty suprising that it still isn’t included in the installer.